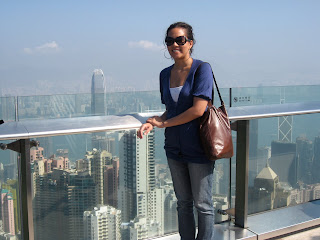 Here it finally is! After not visiting my former hometown at all, well, except for the airport, in the last 8 years, I was understandably very excited to visit Hong Kong. What did I want to do? I just wanted to walk around, absorb the sights and take a couple strolls down memory lane. That's exactly what my Mom and I did.

I have often chatted with friends about the phenomena of "Looking Up" in your own city. That's all I did in Hong Kong. For the first day, all we did was walk around and looked up at the buildings and marvel and what has changed and what is new. To put it mildly, a lot.

The other half of the visit? Eating. The breakfast buffet at the hotel was a delightful mix of Western and Asian food and made for some very difficult decisions so early in the morning. Lunch followed a little later on in the day and then everything was wrapped up with delicious dinners. Oh, did I mention we had to stop by the roasted chestnut and sweet potato hawkers as well? The scent of roasting chestnuts and sweet potatoes permeated the winters of my youth. There were always a treat when my parents would bring them home after their day at work.

I've been getting a bit of flack from family at my lack of pictures. I say that is a result of all my "Looking Up"; I didn't take a lot of pictures. Plus, a lot of them have been posted to FB so this entry is more of a cursory and commentary on what it felt like to be back after so long. 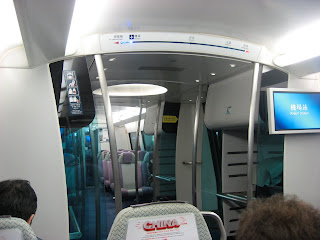 I love this train. Love, love, love it. It's so convenient and fast. I think that all cities need one of these from their airport to the city centre. To add to it, there are three stops and there is a progress bar at the top there. The only weird thing about it is that there are speakers in your headrest. You can turn the volume up or down but really, you can hear your neighbours' sound. 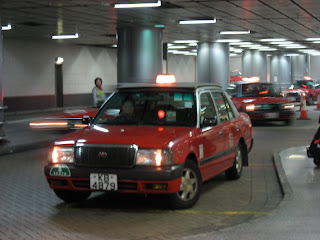 Ah the red cabs and their little "For Hire" signs. It makes life a lot easier. 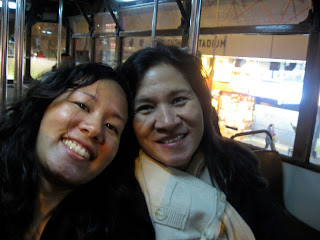 Me and my Mom. She was dressed as though it was uber cold when it wasn't.  She was definitely tripping down memory lane more than I was. The hotel we stayed at was right around the corner from where her my Dad's first apartment was in Causeway Bay. Well, maybe it wasn't their first apartment but it was my first home. She did the whole "this is where you lived when you were a baby," and "This is the park where we would take you as a baby," and "There used to be a noodle shop over here." 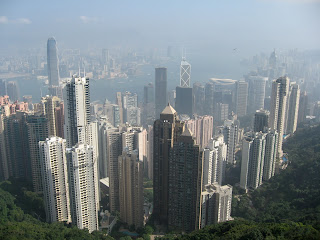 Ahh... the requisite shot from The Peak. There were two very touristy things I wanted to do while in Hong Kong. 1. Take the Peak Tram to The Peak and walk around and, 2. Take the escalators in the Mid-Levels. I know that it isn't really a tourist attraction but whatevs I wanted to see them. Well, I accomplished one out of the two and surprisingly, it was the one that looked least likely.
So here is a little story about the day that let me take the lovely picture that appears above. The previous two days in Hong Kong were overcast and rather foggy. A trip to the peak was absolutely out of the question. However, on Sunday, the day dawned nice and clear. Mom decides that we need to go to church coz that's what we do. I didn't really want to go becauase I distinctly remember the masses at that church from my childhood as being looong and boring. Luckily, when we get there there is a MOB of people. All domestic helpers trying to get into the mass. It was like people trying to see U2 or the Rolling Stones. Mom agrees that it's madness and instead of putting ourselves into the middle of the melee, off we go to the peak!! Woo hoo!!
I will say, it was a bit like Disneyland waiting for the tram and hussling with the mainland Chinese tourists for seats, but we made it on and up. I can only imagine what it might have been in the olden days in a rickety wooden trams with open sides. There were definitely times when you're at a 45 degree incline. Maybe it would have been more exciting standing?
At the end of the day, I didn't make it to the escalators and feel like there is still so much more of Hong Kong I still need to see and experience. While I still have that sense of familiarity with Hong Kong, it is without a doubt a totally new city to me. Not just because of all the new building developments, but also because I'm older, my viewpoint has changed. Perhaps one day I'll end up back in Hong Kong doing who knows what and find myself spending my weekends jumping off the top of junks (it's ok if you have no idea what I'm referring to).
Posted by Beapedia at 6:56 AM No comments: